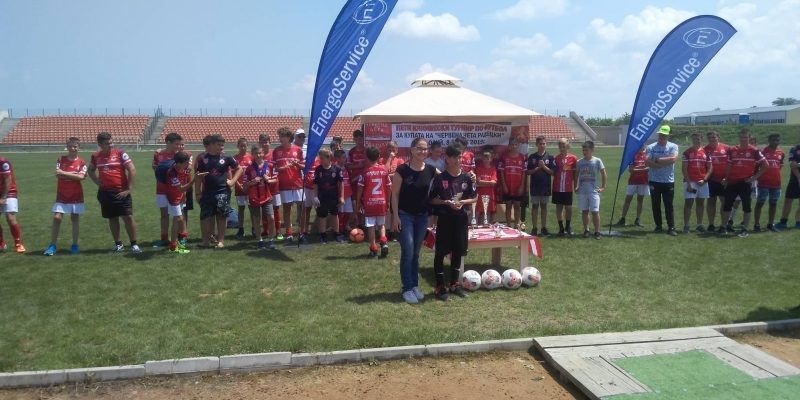 The football tournament brought together over 80 children from eight school teams from Kozloduy, Oryahovo, Vratsa, Knezha, Panagyurishte and Turnava at Hristo Botev Stadium in Kozloduy over the weekend.

The winner of the tournament for the second consecutive year is the team of Sofia University “St. St. Cyril and Methodius ”after a contested match with the team of the Vratsa High School of Mathematics, and the third place was placed by the children of the Vasil Levski Primary School Knezha. In fourth place was the team of Red Rada Radetsky, who, although the smallest participants in the tournament, showed enviable skills at the level of their larger rivals.

The organizers of the tournament awarded all participants who, in addition to buying medals for their services, received original football teams and a number of other thematic awards.